By the use of your numerical and logical reasoning abilties please try to determine out which variety is lacking in the questions below. The numbers round will provide you with the clues you need to resolve the puzzle. 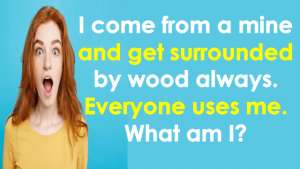 Q.1. Meena’s mother has five daughters: Reena, Teena, Sheena and Sheela. Who is the fifth daughter?

Q.3. Before the days of motor cars, a man rode into town on his horse. He arrived on Sunday, spent three days in town and left on Sunday. How is that possible?

The name of the horse was Sunday.

Q.5. A woman had two girls who were born on the same hour of the same day of the same year. But they were not twins. How could this be so?

They were two of a set of triplets.

Q.6. A girl found that she had a 56 cms strip of ribbon. She could cut a cm off every second. How long would it take for her to cut 56 pieces? She can not fold the strip and also, can not stack two or more strips and cut them together.

Q.7. A man drove his Innova car all the way from Shimla to Delhi only to discover at the end of the trip that he had a punctured tyre from the very start. Yet his Innova car was not at all affected by it? How is this possible?

Punctured tyre must be a spare tyre.

Q.8. Vinod had twenty-one hens, all but eleven died, how many hens is Vinod left with?

Q.9. A man builds a house with all 4 sides facing south. A bear walks past the house. What color is the bear?

White: the house is built directly on the North Pole.

Q.10. The secret agency Tycoon emailed some code to its agent 006. They are “RACECAR, MURDRUM, SAGAS, ATTACK, and REPAPER”. Leaving one which is fake, all other words have something in common. Can you help in finding the fake word?

The fake code-word is ATTACK.
All the code-words except ATTACK are Palindromes. 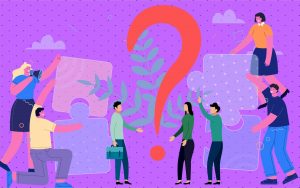